Research team from Brown University to focus on tidal energy

Tidal power is receiving more attention in the US 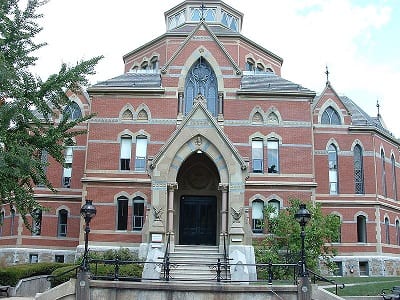 As the U.S. continues to pursue various forms of renewable energy, the power of the ocean is beginning to attract more attention. The power of tidal forces has long been apparent, but only recently have waves begun to be tapped for the purpose of producing electrical power. The East Coast may be home to a great deal of energy potential when it comes to tidal energy. A team of researchers from Brown University are beginning to focus more heavily on the energy potential of the ocean and how this potential can be taken advantage of in the future.

The research team notes that tidal energy has seen limited attention in the U.S. Comparatively; countries like Scotland have been focusing quite heavily on the power of the ocean. When it comes to the ocean’s potential as an energy source in the U.S., this typically has to do with offshore wind energy projects. In 2013, the Department of Energy launched one of the country’s most aggressive tidal energy pursuits, which has lead to the development of a new hydrokinetic tidal energy turbine based in New York City.

Brown University researchers are focusing their efforts on putting tidal turbines to use in shallow bays and inlets rather than submerging these turbines into the deep ocean. Researchers cite a report from the Department of Energy that suggests shallow bodies of water can be home to greater energy potential. Focusing on shallow waters means that researchers have to develop new turbines that make use of a hydrofoil configuration.

Initiative may help boost the popularity of tidal power

If the research team is able to find success with its endeavor, it could mean that tidal energy could receive more attention in the future. Harnessing the energy of shallow waters is less of a logistic challenge as well as less expensive than developing large turbines meant for deep sea use. The project may be able to find promising results and has won the support of the ARPA-E.