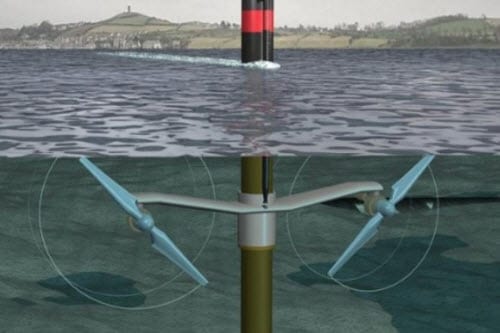 Tidal energy may be a viable option for countries with access to large bodies of water. In 2008, Siemens, a global electronics and electrical engineering conglomerate based in Germany, deployed the world’s first commercial-scale, grid-connected marine tidal stream energy system in Northern Ireland’s Strangford Lough. The SeaGen, as it is known, has since provided enough energy to keep more than 1,500 households powered, according to the Belfast Telegraph. The performance of the SeaGen system may prove that marine energy is a viable option.

SeaGen has produced 5GW-h of electricity since beginning of 2012

Since January of this year, the SeaGen has generated 5 gigawatt-hours of electricity. The system is ideally positioned in the Strangford Lough to take advantage of the strong tidal currents that come into the narrow inlet. These currents power turbines which, in turn, generate electricity. This electricity is then funneled to the mainland where it is used to power homes and businesses. Siemens, which owns and operates the SeaGen system, note that marine energy is so promising because it is not subject to the same variables that could cripple wind energy systems.

Marine energy may be immune to variables that cripple wind energy

Wind energy is popular in Europe but not without criticism. Massive wind turbines are often cited as having some negative impact on the environment, but much of the criticism surrounding wind energy focuses on efficiency. The unpredictable and unmanageable nature of the wind can leave large wind farms non-operational for long stretches of time, during which they are not producing any electricity. While the wind may never actually stop blowing around the areas in which these turbines are located, there is never a guarantee that a breeze will be strong enough to keep a turbine moving and producing electricity. Siemens notes that this problem does not exist with marine energy systems partly because water has much more substance than air.

The SeaGen system is capable of generating electrical power even when tidal currents are weak. This is partly due to the fact that the system regularly deals with large volumes of water, which on its own is capable of moving the system’s turbines. The other factor is the turbine technology used in the SeaGen. Siemens believes that the energy system has successfully proven the viability of marine energy over its lifetime. The company is pushing for more attention to be directed at the prospects of marine energy.

Despite the capabilities of the SeaGen system, there are still significant problems with marine energy as a whole. Like other energy systems – even those running on fossil-fuels — the SeaGen does not produce uninterrupted energy. As with wind energy, marine power systems rely heavily on locations that boast of strong tidal currents. Though problems with marine energy systems do exist, Siemens expects the demand for tidal power to continue growing into the future.