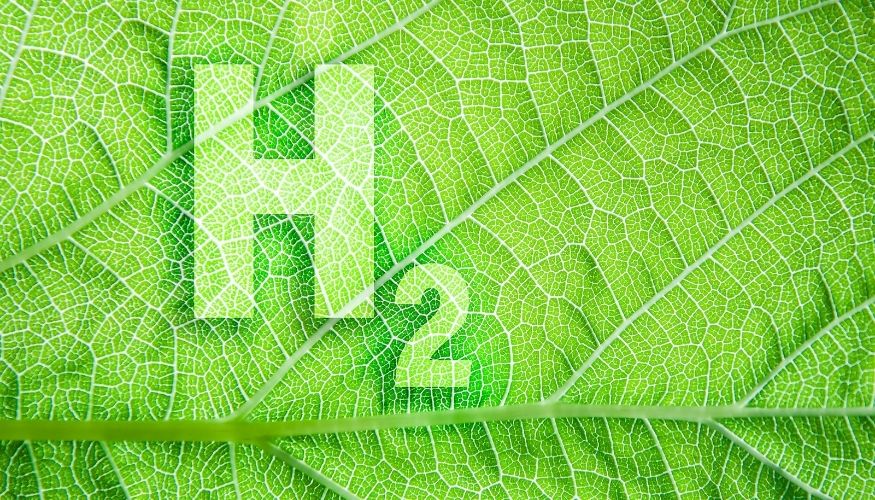 This paper  outlines the potential for smart hydrogen (SMARTH2) as an energy solution for helping decarbonise Europe. We have ambitious energy targets to meet, no net emissions of greenhouse gases in 2050. To decarbonise Europe, clean renewable power production must become the main source of energy, while also maintaining the stability and resilience of the EU Power System. SMARTH2 – green hydrogen produced from renewable sources with a zero carbon generation footprint.

It is a Versatile energy carrier for efficient renewable hydrogen energy storage to be used as a green fuel for the transport and industry sectors. Smart Hydrogen can be the catalyst for a Sustainable Future, we can technically and financially optimize the production and commercialisation of renewable hydrogen. The aim of Smart Hydrogen is to create a hydrogen value chain that is optimal in technical performance and financial revenues.

Hydrogen has a primary role to play in decarbonising ‘carbon heavy’ industry and also in helping decarbonise heavy duty  transport and passenger transport. SMART H2 produced from renewable electricity through electrolysis, can also be a basis for Power to X (power to multiple end use applications), and Power to Liquids (synthetic and drop in fuels based on hydrogen).

In order for Europe to take full advantage of SMART H2 opportunities it would require a significant step change in the European energy system. It would also require a modern infrastructure to seamlessly integrate all of the renewable energy resources in the energy system via the grid, enhancing the gas grid or via the option of power-to-X taking into account grid constraints, investments and evolving /new energy market design.

With this in mind, the concept of “Power to X” (P2X) refers to energy conversion technologies that allow for the decoupling of power production plants from the electrical market to use their product in a number of other sectors (hence the “X”), such as transport, heating and industry. The renewable energy sector, especially wind and solar power, are the fastest growing sources in Europe.

Smart Hydrogen has the potential to provide;

(1) a solution to the electrical grid network challenges faced by the mature renewable electricity technologies,

(3) prospects for new hydrogen applications and

(4) creation of different and new trends in energy markets with “Power to X technologies”.

The aim of Smart Hydrogen is to create a hydrogen value chain that is optimal in technical performance and financial revenues. With this in mind, the concept of “Power to X” (P2X) refers to energy conversion technologies that allow for the decoupling of power production plants from the electrical market to use their product in a number of other sectors (hence the “X”), such as transport, heating and industry. The renewable energy sector, especially wind and solar power, are the fastest growing sources in Europe.

SMART H2 aims to overcome the challenge of increasing the deployment of renewable energy in grid constrained European regions by demonstrating future large scale hydrogen energy storage flexibility via greening the fuel sector to be used within the transport and industry sectors. It will help create a European 2050 Hydrogen transport energy vision, create a techno-economic usable model with a decision support tool that can technically and financially optimize the fuel production and commercialisation, and also develop the first hydrogen suite of training course for maintenance, operator and user of hydrogen vehicles..

The global energy context has three main sectors: power, heating/cooling and transport. Despite seeing a growth deceleration from the early years of this century, global electrical power demand is expected to continue in a trend of unceasing growth. Projections up to 2040 present an expected average annual growth trend of 0.6% for OECD countries, with a considerably higher expected growth trend of 1.9%for non-OECD nations. Parallel to the constant increase in power demand, renewable energy capacity has experienced, and will continue to experience, an exponential rise. At the end of 2015 renewable electricity represented 23.7% of global electricity production. In Europe alone, continuing an ongoing trend, renewable energy accounted for a large majority (86%) of all new power installations in 2016. Currently there are eight different renewable sources identified and present in global energy markets, particularly in the power market:

In 2015, the share of renewable energy in global final energy consumption was 24.5%. Global energy demand in the transport sector has followed a continuous increase of 2% annually on average since 2005. The sector accounts for about 28% of overall energy consumption and for 23% of energy related GHG emissions. Crude oil products account for around 93% of final energy consumption in transport. Renewable energy in the transport sector has three main entry points: (1) liquid biofuels as a standalone fuel or in a mixture with conventional liquid fuels, (2) gaseous biofuels, and (3) electric transport, which relies on battery storage or hydrogen as an energy carrier. It has been established in many studies that high shares of renewable energy in the European electricity sector can be both technically feasible and affordable.

These studies show that the most cost-effective solutions from renewables are dominated by wind and solar renewables generation but are limited by grid saturation. Therefore, for Europe to meet energy demand from renewable energy a disruptive technology is needed that negates the need for an expensive expansion of the transmission network or expensive electricity storage solutions and which allows us to look beyond the electricity demand side of the energy equation. In order for Europe to meet renewable energy targets and reductions in GHG we must look to other energy sectors especially transport in order to maximize the flexibility and variability of energy from renewables. Energy supply and transport account for 39% of the world’s CO2 emissions. If we want to achieve a position where energy demand can be met from renewable energy supply, then look where SMART H2 has the potential for real ‘sector coupling’ in linking the renewable energy sector with the transport sector and achieving demand/supply balance with a zero CO2 footprint. SMARTH2 provides a solution to the electrical grid network challenges faced by the mature renewable electricity technologies, Opportunities in hydrogen supply pathway, Prospects for new hydrogen applications in the transport and industry sectors and creates new energy markets.

SMARTH2 has been specifically designed to challenge the current policy and market shifts from fossil fuels and non-sustainable energy carriers to be replaced by Smart green fuels. SMARTH2 response to these shifts is to develop sustainable hydrogen energy systems, where the hydrogen is used as a green fuel for the transport and industry sectors.

SMARTH2 aims to resolve grid constrained, renewable energy deployment issues, greening the fueling infrastructure, creating and demonstrating the appropriate environments and setup required to utilize the excess/curtailed wind energy, transforming and storing it as a Hydrogen Gas. Then transporting this gas to center hubs, which in can be used to fuel Zero emission vehicles including buses and trucks and to empower industry.

The use of hydrogen aims to eliminate problems associated with intermittence, as hydrogen can function as a buffer between supply and demand. The physical properties of hydrogen make it particularly suited to large-scale, long-term energy storage applications. The high energy density also allows for extensive storage capacity, while benefiting from negligible loses during the storage phase. Current advancements in conversion technologies will allow hydrogen to supply different forms of energy demand. These conversion technologies also grant the use of hydrogen as an energy carrier the necessary flexibility to react to the variable natures of

(1) energy supply and demand and

In the case of overcapacity, the ease and speed with which hydrogen fuel cells and combustion engines can ramp up and down will render the need for this practice obsolete. Hydrogen can offer several alternatives to the problem of distance between energy supply and demand. Hydrogen transport technologies are mature due to its important role in the petrochemical industry. New routes of transport such as pipelines and ocean transport are under extensive research investigation.

In order to achieve successful energy transition to a sustainable Europe, it is critical to achieve full commercial opportunity for renewable energy. However, it is only by using energy storage technologies at a large scale that this can be attained. The use of SMARTH2 (Hydrogen produced from renewable energy sources) is the first stepping stone in order to achieve any meaningful sustainable energy deployment and use of that energy within the transport sector, thereby reducing CO2 emission at a large scale potential.

As renewable sources continue their penetration into the global energy mix, they face a series of challenges that can jeopardize their growth into the future. These include intermittence, overcapacity, curtailment, constraints, long transmission distances, varying capital (CAPEX), operational (OPEX) expenses, and changing market conditions. The use of hydrogen as an energy carrier can mitigate these challenges by acting as a buffer between energy demand and supply, while enabling flexibility between the potential energetic and non-energetic uses of renewable energy. To achieve this potential, hydrogen must overcome its own challenges, which include low conversion efficiencies, high CAPEX and OPEX, while maintaining the highest safety standards.

About The Author, Paul McCormack: A research & innovation specialist Paul has many years experience in co-coordinating international projects. He has extensive skills and experience in delivering international projects and managing the challenges involved in the leadership of collaborative research projects. As an innovation facilitator Paul has played a central role especially in technology transfer, spanning science and industry, creating value and delivering commercial results. He has an exhaustive knowledge of the expectations of the European Institutions and of the requirements of high-value collaborative projects.