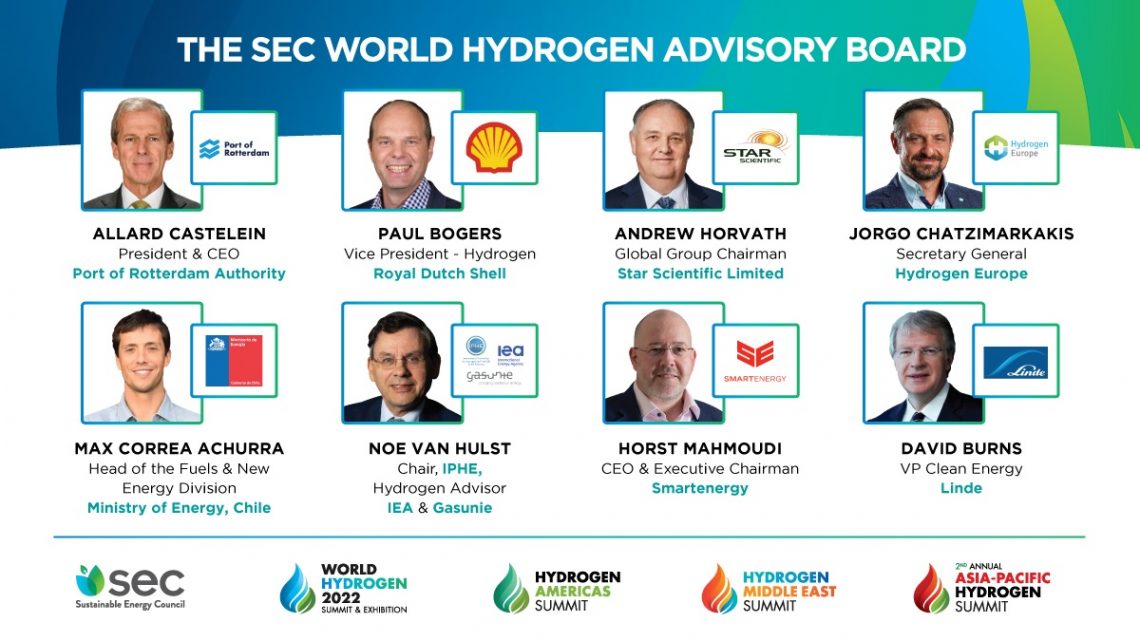 The provider has released a list of its initial senior members comprised of global industry leaders.

The Sustainable Energy Council (SEC) recently announced their initial group of advisory board members from among leaders in energy and hydrogen industry companies worldwide.

These board members will be directing the upcoming SEC World Hydrogen Series of Events.

The Sustainable Energy Council enlisted this leadership group in alignment with the current surge in interest and projects for low-carbon hydrogen energy. In this effort, the advisory board members will work to provide the World Hydrogen Event Series proceedings with the necessary focus to place the spotlight on opportunities to be addressed, key challenges faced by the industry, and to make it possible for participants to make informed, relevant decisions to move worldwide hydrogen industry rollout forward while promoting collaboration in that area.

Hydrogen is commonly viewed a central component of the world’s efforts to reach net zero carbon emissions The SEC World Hydrogen Series of Events provides the opportunity for companies and governments to come together throughout the entire supply chain to establish and build upon partnerships to make certain that H2 will be able to continue as a central component of the decarbonization strategy in the energy transition.

“The energy transition is a fascinating journey. Finding the best route towards a net zero economy, we have to learn from one another and set up new partnerships,” said Allard Castelein, Port of Rotterdam president and CEO and member of the new Sustainable Energy Council advisory board. “Rotterdam has the ambition to become Europe’s largest hydrogen hub, and it is my pleasure to participate in this Advisory Board.” 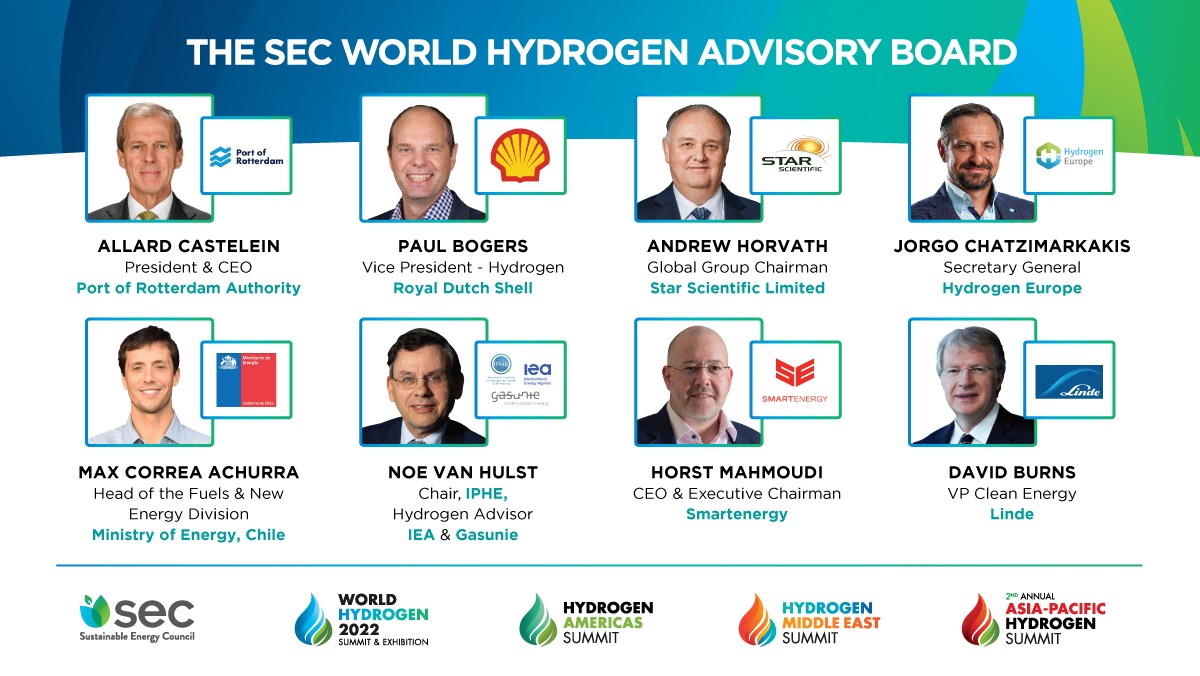