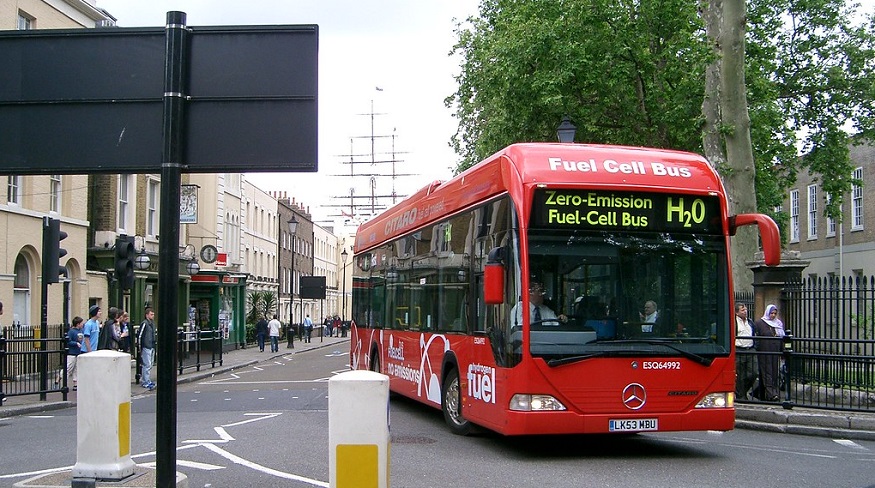 The fuel cell vehicle will be used in Dublin for the first time in a test that will run for six weeks.

For the first time, a Toyota hydrogen bus is running in Dublin, Ireland, having recently arrived to start a six-week testing period.

The fuel cell bus is traveling the city as well as the surrounding area due to a renewable energy project.

The Toyota hydrogen bus trial is a part of an effort by the Hydrogen Mobility Ireland Group, Toyota, CIE, DCU, Dublin Bus, Bus Eireann, ESB and BOC. These companies are all working together with the Department of Transport and Caetano Bus to bring the trial of the fuel cell vehicle to Ireland.

This represents the first Irish trial of the Caetano zero-emission fuel cell vehicle. It is meant to demonstrate the various ways in which the vehicle can be used, combined with the advantages it presents environmentally, as Ireland moves toward its targets as a carbon-free society.

The Japanese company is among the leaders in fuel cell vehicles and has been pushing hard to introduce buses, heavy-duty machinery and other types of vehicle powered by H2. The automaker has placed a central focus on reducing emissions in transportation and in stepping beyond the zero emissions barrier.

The company’s core tech in this effort is the Toyota Fuel Cell System, which features both hybrid and fuel cell technology. It is that system that is used within the CaetanoBus. This system is more energy efficient than a traditional diesel bus and does not emit CO2 or other greenhouse gasses when it is operating.

The Hydrogen Mobility Ireland Group is seeking to examine and analyze the performance of the Toyota hydrogen bus based on its real-world performance on Irish streets. The goal is to determine whether it would be viable to introduce vehicles like this one permanently, starting in 2023.

According to Toyota Ireland Chief Exec, Steve Tormey, this project and hydrogen fuel cell technology as a whole are viewed as an important factor in fighting climate change. “It allows us to

move toward a carbon-free environment. As we strive to decarbonise transport in Ireland, we need to continue to increase our efforts in order to achieve this.”