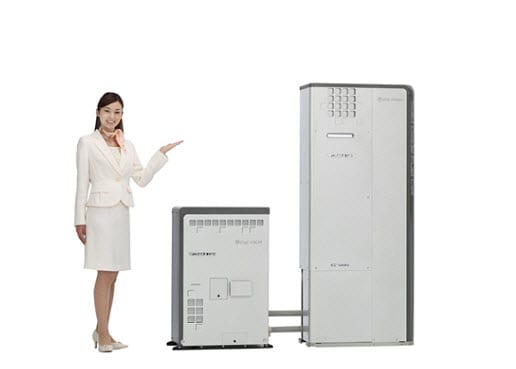 By now, Toyota’s adoption of hydrogen fuel has gotten a great deal of attention.

The automaker has big plans for the energy for its vehicles. Something that is getting significantly less attention, however, is the company’s use of the energy in its home country of Japan. Japan boasts of a powerful fuel cell system called ENE-FARM that provides power to several homes throughout the country. Since the creation of the ENE-FARM in 2009, fuel cells have become more advanced and efficient. As such, Toyota has teamed with other Japanese corporations to begin updating the system

Together, these corporations have created the ENE-FARM Type S fuel cell.

When the system is updated with these new models, it will be more than 45% more efficient and will be the world’s most powerful network of residential fuel cells. Each fuel cell operates between 700 and 750 degrees Celsius. The heat generated by fuel cells is used to heat water, which is then funneled to the homes powered by the ENE-FARM.

Those involved in the initiative believe that the ENE-FARM will replace traditional sources of energy in the future.

The system was tested last year in the wake of Japan’s notorious earthquake and tsunami disaster. The catastrophe damaged the country’s energy infrastructure, leaving thousands without power. The ENE-FARM was tapped during this time and was able to provide enough electricity to keep homes powered while still have a significant surplus.