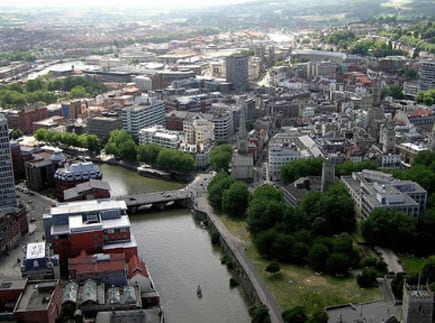 The United Kingdom’s first hydrogen-powered passenger ferry is set to begin a six-month trial at the end of October. The ferry is dubbed Hydrogenesis and was commissioned by the Bristol City Council in 2010 and built by Bristol Hydrogen Boats and Auriga Energy. The ferry represents a first for the country, which has begun showing a growing interest in the use of hydrogen in transportation. At the end of this months, Hydrogenesis will begin making trips between Temple Quay and the SS Great Britain.

Hydrogenesis is powered by a single hydrogen fuel cell that is capable of producing 12 kilowatts of electrical power. The fuel cell can propel the Hydrogenesis through the water at speeds as high as 10 knots. Because the ferry uses hydrogen as a fuel source, it does not produce any harmful emissions or release any pollutants into the water. Along with being an example of clean transportation, those backing the hydrogen-powered ferry hope that the Hydrogenesis will herald a new era of environmentally friendly transit vehicles that can be used by the public.

Bristol is a hub for clean technology in the United Kingdom. Several companies specializing in clean energy and technology call the city home due to the numerous policies that exist therein that create a friendly environment for businesses. The Hydrogenesis is the products of this congregation of clean technology and is believed to help encourage the incorporation of hydrogen fuel cells into the British transportation system.

Trial to be funded by Bristol City Council

The Hydrogenesis will begin its six-month trial in a matter of weeks. The trial will cost approximately $300,000, which will be funded by the Bristol City Council entirely. If successful, the Hydrogenesis will show the viability of hydrogen fuel cells and how they can be used effectively in transportation, especially that of the public variety.